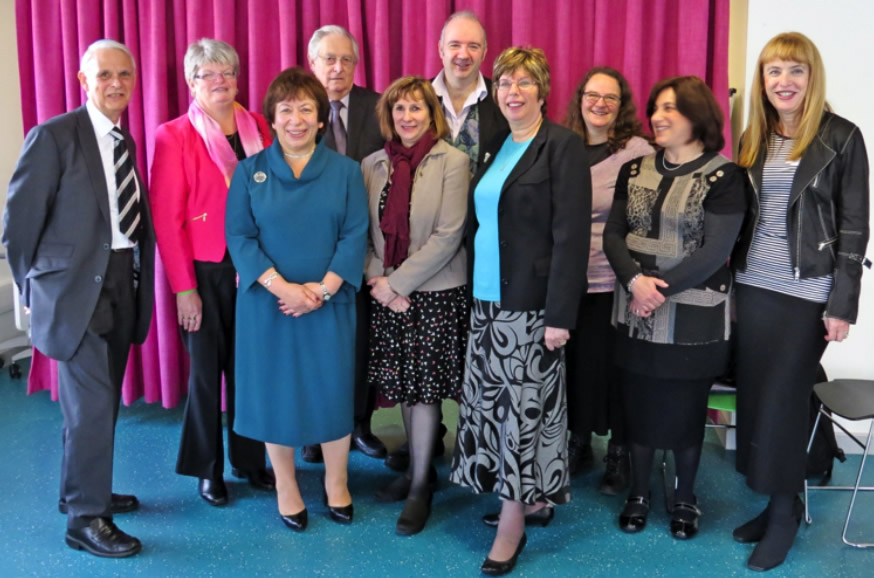 Launch event for JSENSE was well attended. This event took place on 6th October 2013 at the Hub in Broughton, Salford. An audience of around fifty professional experts and representatives from secular, modern orthodox and ultra-orthodox Manchester community institutions and Jewish schools listened attentively to the new charity’s innovative plans to improve Jewish special needs education in Greater Manchester over the next few years.

who organised the official launch, explained how JSENSE came about and its intentions for the future then read out a message of support from local MP, Ivan Lewis. She then introduced the keynote speaker, Sue Woodgate, (Assistant Director for Targeted Services, Salford).

Ms Woodgate explained how she had willingly become involved in JSENSE’s initial research at an early stage and had been very pleased to advise the organisation whose aims exactly complemented Salford’s own plans to provide targeted specialist help to needy young people and communities in Salford. She was delighted to see JSENSE come to fruition, wished it very success in its endeavours, and offered ongoing direct contact with Salford to provide future support and guidance.

thanked Ms Woodgate for her encouragement and help, and gave public thanks to the many people and institutions who had helped to shape JSENSE’s plans and worked to bring those plans to fruition. Mr Joels also acknowledged the vital and generous contribution of the hard working team of trustees, honorary consultant advisers and partner organisations who are responsible for the future development of the services for this vital cause.

He continued, “Every single child or young person with special educational needs in the Greater Manchester Jewish community, deserves the best quality support for their particular needs, so as to maximise their educational achievements, and their acquisition of the key life skills which others acquire naturally.

A child with special needs

is not at fault for having those needs, nor is the family. But these young people can benefit hugely from the right kind of help. If their teachers and helpers have the right specialist knowledge, and resources, they can learn, develop and become happy and productive human beings. But without that help, they can so easily be stranded helplessly, with little education, or understanding of how to communicate and interact with others, or how to look after themselves – something their contemporaries can take for granted.”

Mr Joels concluded with a heartfelt appeal to the audience and the wider Manchester Jewish community to help by spreading awareness of JSENSE and by encouraging local donors to support its services. He also appealed for new volunteers from the community, especially those with management and organisational skills, who are needed to assist in the management of the new services – an understanding of special educational needs is unnecessary as the JSENSE team has the required knowledge and skills.